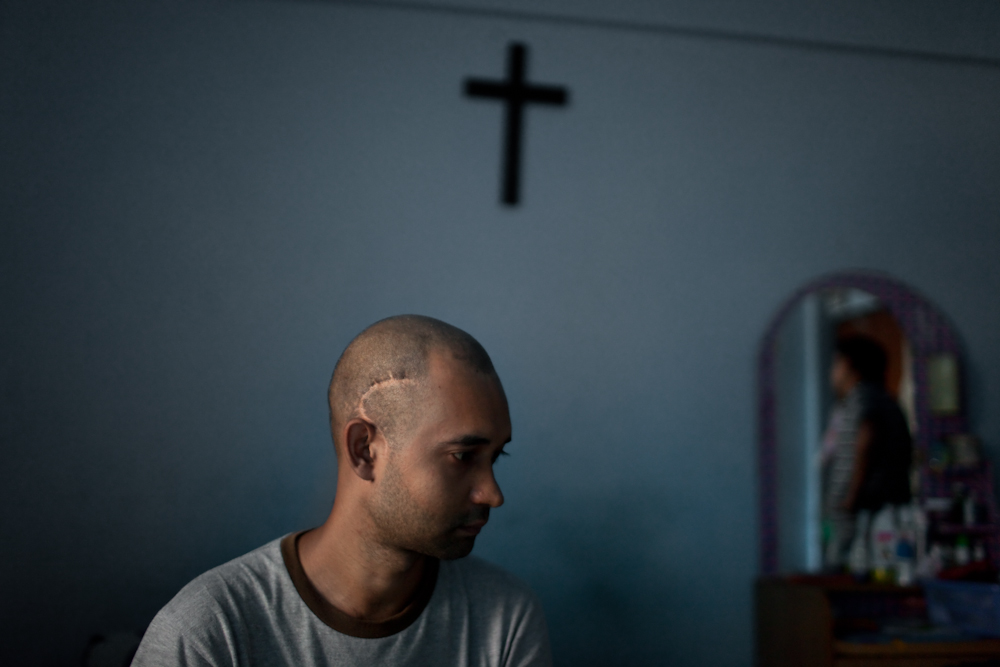 
Rashid, age 25, a Christian from Karachi, Pakistan, is seeking asylum in a low income building occupied by asylum-seekers on the outskirts of Bangkok. He suffered a machete attack to the head by extremists targeting Christians and almost died, and his family was receiving daily death threats by local groups. They decided to sell everything they owned and leave Pakistan. Rashid, his mother and two sisters have been seeking asylum in Bangkok for almost a year and a half. Mar. 2015