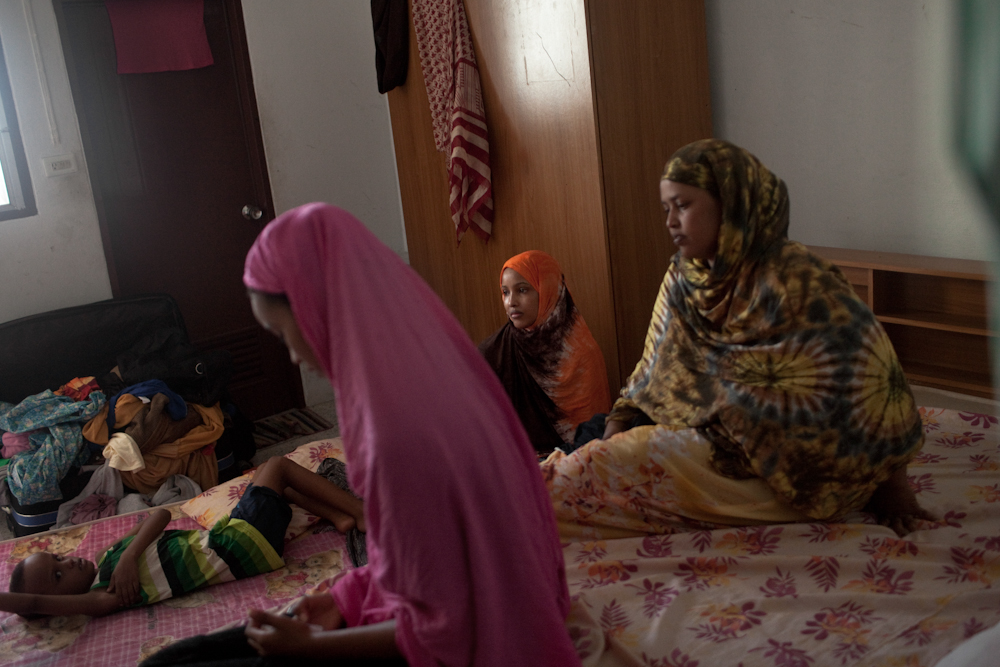 
Young asylum-seekers from Somalia arrived in 2014. Their lives were in danger after they received constant death threats from local tribes in the region. They don't leave the building in Bangkok in fear of being arrested by immigration police for not having legal status in Thailand. Without a valid visa, finding a job is very difficult, almost impossible. Their visa application interview is in 2017. Apr. 2015