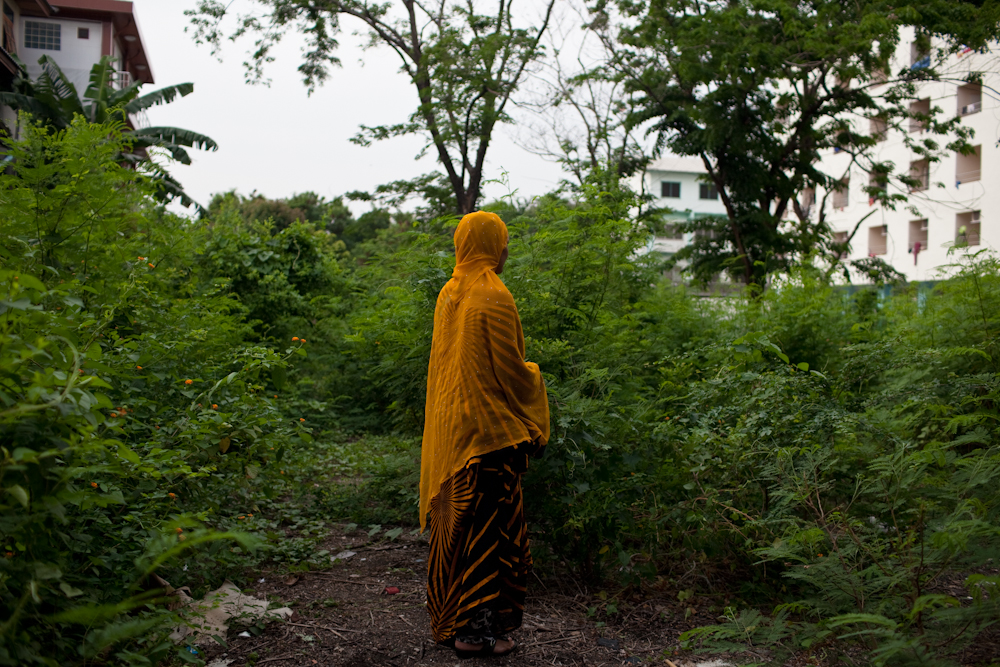 
Sabah, age 27, an asylum-seeker from Somalia, living in a low income building in Bangkok, occupied by people seeking asylum. She arrived in Bangkok by herself in March 2015. Sabah was recently living in another building in the area, when immigration stormed into the building to make arrests. She panicked and fell down a flight of stairs, knocking out her front teeth and breaking her arm. Sabah was forced to leave her village in Somalia after on-going violence in her village has taken many of her family members and friends. Her mother lives in Yemen and her father was killed. Her visa application interview is not for another 18 months. April 13, 2015.