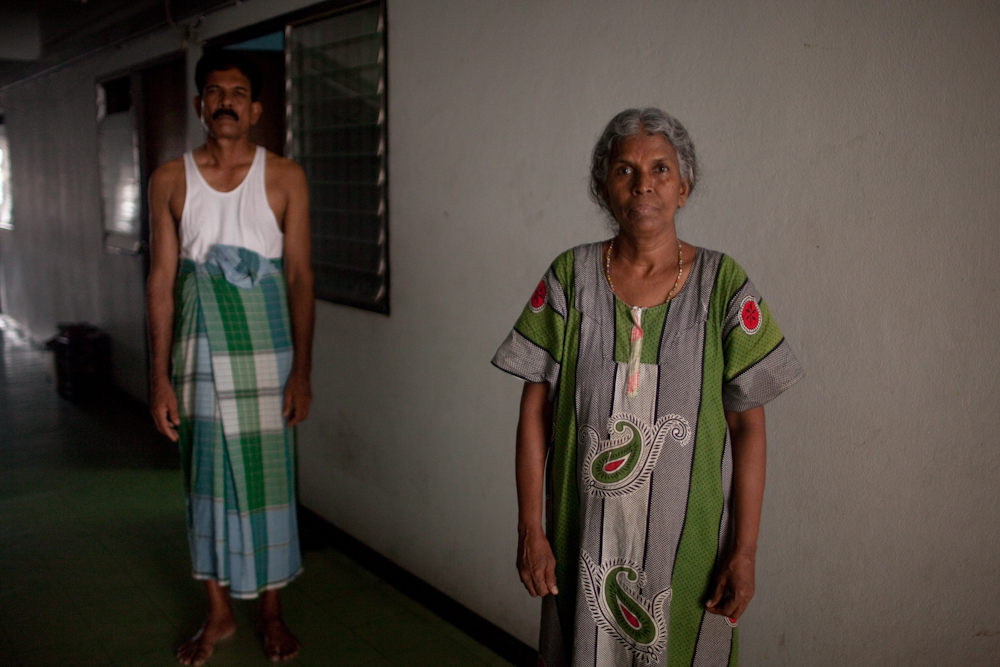 
Vallipuram and Chandramala, are asylum-seekers from Sri Lanka. They have been living in Bangkok for 2 years, surviving on very little. They left their country due to the on going conflict there. In Sri Lanka, they were both threatened and beaten by the ruling government and detained inside Boossa Detention Centre in the Galle District and New Magazine prison in Colombo in 2009 and was released in 2011. They wait for their next visa application interview. Apr. 2015