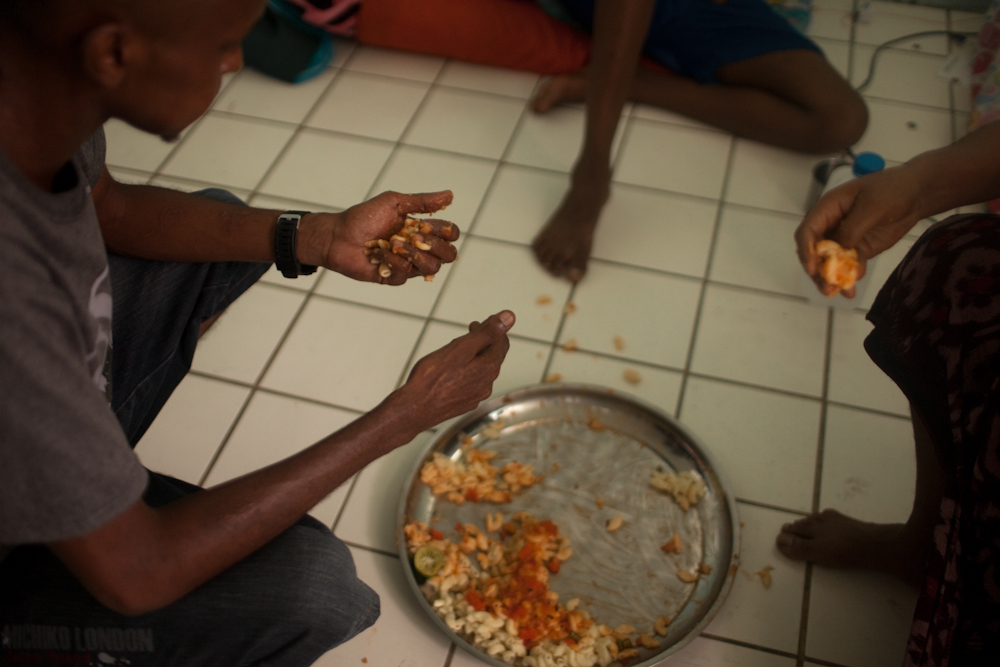 
Somalian asylum-seekers eat food in their one room apartment in a low income building occupied by asylum-seekers. They have been seeking asylum in Bangkok for almost 2 years. They live together not far from one of the main buildings. They can't work due to their expired visas, so food and medical assistance is often very difficult to find. Many Somalian people who are seeking asylum in Bangkok, have been forced to leave their homeland because their tribe was often targeted as the minority and their lives were threatened. Many of them have lost all of their family members due to the on-going violence. Apr. 2015