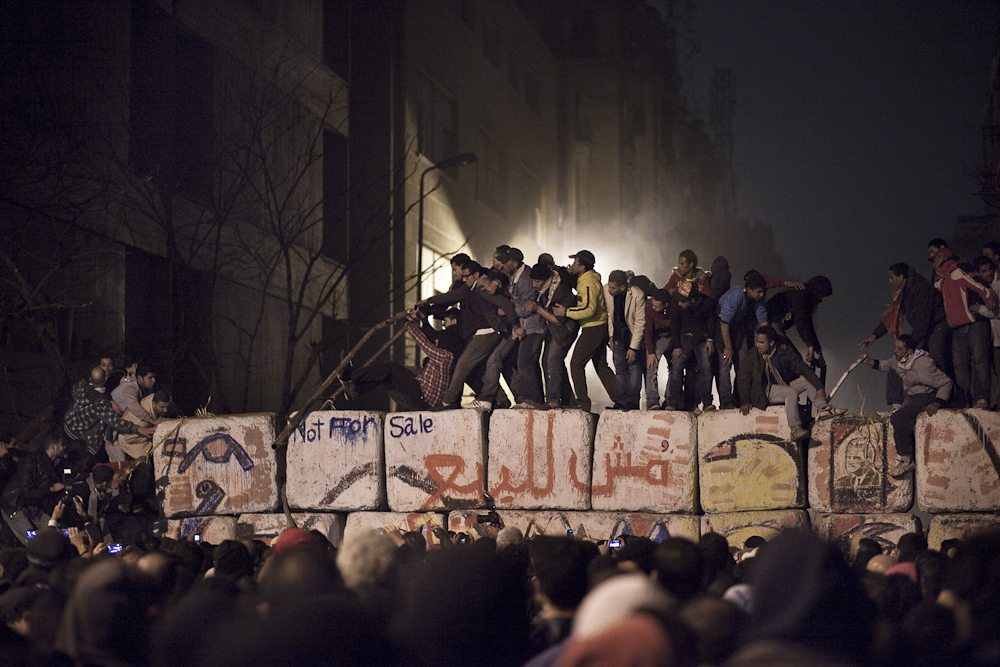 
Egyptians take to the streets angered by the bloodshed at Port Said stadium on Feb 2, 2012. A year ago, Tahrir Square was attacked by thugs on camels. Protesters/Ultras shown here take a barricade wall apart on Mohamed Mahmoud street, as they protest against the failure to keep the stadium secure and against the ongoing rule of the Military Council in Egypt. Downtown Cairo, Feb. 2, 2012.