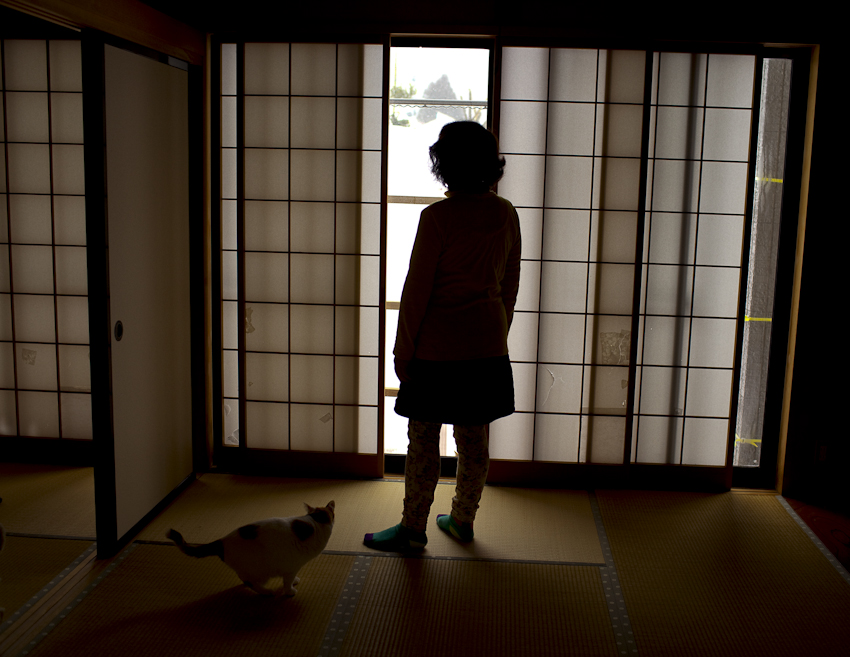 Kazuyo Sekiba, an evacuees from Nami-machi, roughly 24 km from the Daiichi nuclear power plant. Kazuyo and her husband moved to 6 different evacuee houses around Fukushima before finding an affordable apartment house outside of Koriyama city. They currently live off of compensation by the Tepco electric company, but are very uncertain about the future as Kengi lost his job as a transport driver and his compensation will eventually be cut. They were not notified to evacuate the area where they lived in Nami-machi, until May 2011 and were not provided any information by local authorities. When they were evacuated, they were allowed to bring 3 cats with them. They occasionally go back to survey damage to their property and use to care for their animals they had left behind. Mar. 2014