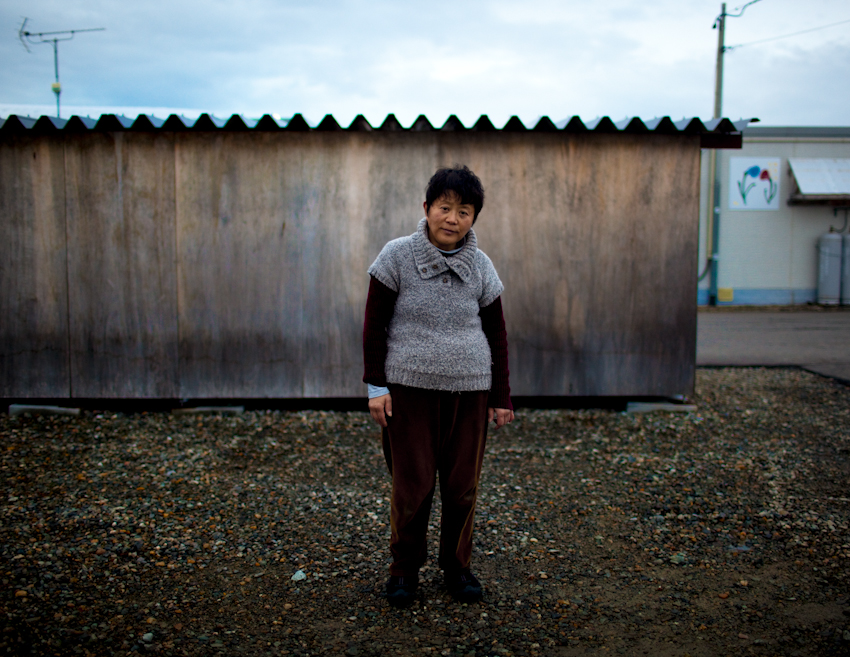 
Masumi Kohata, 58, a rice and mushroom farmer since the age of 23, a mother of three and a school teacher from Okuma-machi, Fukushima. A restricted area a few miles from the Daiichi nuclear power plant. Masumi and her husband evacuated from their home in Okuma-machi and have been living at the Matunaga evacuee houses in Aizuwakamatsu, Fukushima, since July 2011. According to Masumi, who was anti-nuclear before the nuclear meltdown, "local government never told the people of Okuma-machi about how high radiation levels were days after the nuclear meltdown and three years later, they are still not providing any important information," says Masumi Kohata. Mar. 2014